Pie In The Sky

Who Ate All the Pies managing director, Steven Turner, on growing a business in the face of life’s challenges.

Walking around the Otago Farmers Market, it is hard to go past the tempting aromas that emanate from the stand bearing the name; Who ate All the Pies?

The alluring scent of a hot savoury makes for a steady stream of patrons seeking to take the edge off the chill in the air and to silence the grumbling of a stomach dragged out of bed too early. For the budget-conscious market shoppers there are multi packs of sausage rolls, pasties and pork pies as well as a good choice of family pies to fill a few gaps in the weekly menu plan.

The lilting tones of a Lancashire accent float over the exchange of coin for these hearty, unpretentious goods designed simply to taste good and fill the belly. The love of food and a good chat, the perfect combination for both buyer and seller it seems. 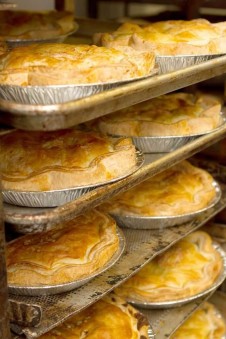 The voice belongs to Steven Turner, who bought the business in 2008 off the young chefs who started it in 2005. Officially The Old Fashioned Pie Company, the business trades under the moniker ’Who Ate All the Pies’ which is an apt fit for the jovial ex-pat who took over and transformed it to what it is now.

Back then the business was worth a little over $220,000. With no previous experience other than a longstanding appreciation for a good pie or pasty, Steven seized an opportunity to fulfil a desire to make pies. “Being from Lancashire, you don’t have to be a baker to know your pies. I figured coming from a long line of pie eaters more than qualified me for the role” he jokes.

With a background in SME development and an eye for an opportunity to plug what Steven saw a  clear gap in the pie market. “You can’t beat a good pie, but there are plenty of rubbish ones out there. It wasn’t actually that hard to do better than the status quo.”

The fact that Kiwis share the Lancashire love of pies was a good foundation for a successful business making meat-filled pastries – the only thing needed according to Steven was to ‘re-educate’ the local palates to appreciate a better quality product. “Most Kiwis don’t know what they were missing until they try a proper pie.”

Steven spent the next 12-18 months learning the business, mastering the ins and outs of food processing and distribution in New Zealand before introducing a set of traditional English recipes and some best-practice methods to improve the taste and quality. 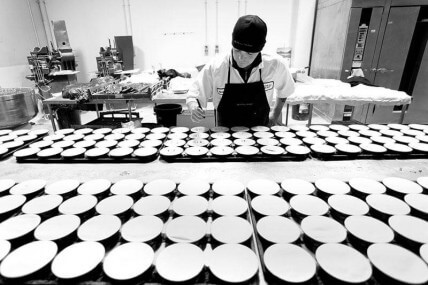 It was around 2010 that Steven engaged the services of Jono Bredin from PKF Bredin McCormack Rewcastle. “It came to the point where we needed an accountant – I knew there were things I could be doing better with the way I managed the books. Jono showed me where I was missing some tricks – I was paying way too much in tax.”

The Xero training was the biggest game changer for Steven from a business management perspective, both in having a clearer picture of how the business was tracking and the time savings that resulted from moving to the popular cloud-based accounting software.


“It gave me my time back” remembers Steven. “I realised, hey! I can do my job now.”

From there the business went through a period of rapid growth. In 2012 Steven moved the operation from a corner shop to its current location in Glasgow Street, a 400m2 commercial facility complete with walk-in blast freezers. “The move here was a big step up” says Steven. “Probably an 800% increase in floor space, which gave us the room to increase our output and our range. Jono’s support over the numbers gave us the confidence to go for it.”

PKF Bredin McCormack Rewcastle were also charged with managing the Turners’ personal tax and assist in setting up the Family Trust with the lawyers.

The bigger space was a turning point in the business. From 2013 Jono’s expertise was called upon again, first to help put together a robust business plan to allow further growth, then assisting in securing a couple of refinances and an upgrade in operations.

At one point Steven found a bookkeeper to take over some of the work the accountants were doing, and then Jono helped him secure an admin manager to handle things internally and to help with some of the other business administrative duties, freeing up Steven’s time some more. “Having that flexibility to dial down the accountants’ responsibilities without losing the continuity of service entirely really helped.”

As Steven’s reputation for making great pies grew, so did the supply contracts. Who Ate All the Pies were showing up on the shelves of bakeries and delis all over the country, and the major supermarkets were soon to follow. Steve set his sights on turning the Aussies’ palates next and taking his products trans-Tasman. 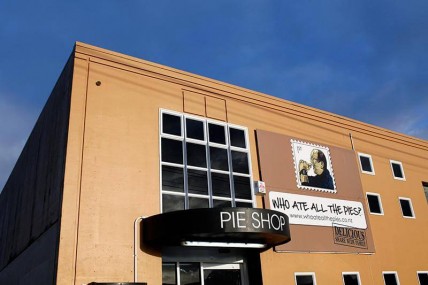 Who Ate All the Pies was ideally positioned and poised for great things when Steven’s wife Julia was diagnosed with cancer. The news sent the family and the business into a tailspin.

Amid all this, the PR around Steven’s pie enterprise continued its upward trajectory. In 2016 the company received a Highly Commended in the Artisan category at the NZ Food Awards and the business was again featured in a string of mainstream and industry publications as the next big thing. Opportunities were flooding in whilst at home a harrowing reality was unfolding.

The time spent taking care of Julia, the need to be present for their four children and the overwhelming grief that followed her passing in October 2016 was all consuming for Steven. Any plans for the business were shelved while Steven focused on simply putting one foot in front of the other.

Such personal loss takes time to work through and Steven has only recently made it to a place where he can give a damn about what the future holds for Who Ate All the Pies. The dream that started his journey in producing pasties and pies to blow people’s socks off has been reignited and some of those all-but-forgotten opportunities to break open new markets are stirring within the mind of the man in front of me as he talks about price points, and how real ingredients and generous fillings makes a good pie and you don’t have to skimp on these to make a profit.

There is a new contract with one of the major supermarket chains in the pipeline, a relaunch of the sausage rolls he had trialled previously, and some early talks with an Australian distributor sounding positive. The business is also planning to grow its online sales in 2020, marketing direct to the consumer with a tempting range of small order packs that will open a new revenue stream.

However the next 12 months play out, it seems the sky is the limit for Steven Turner, pie maker.

Who Ate All the Pies?