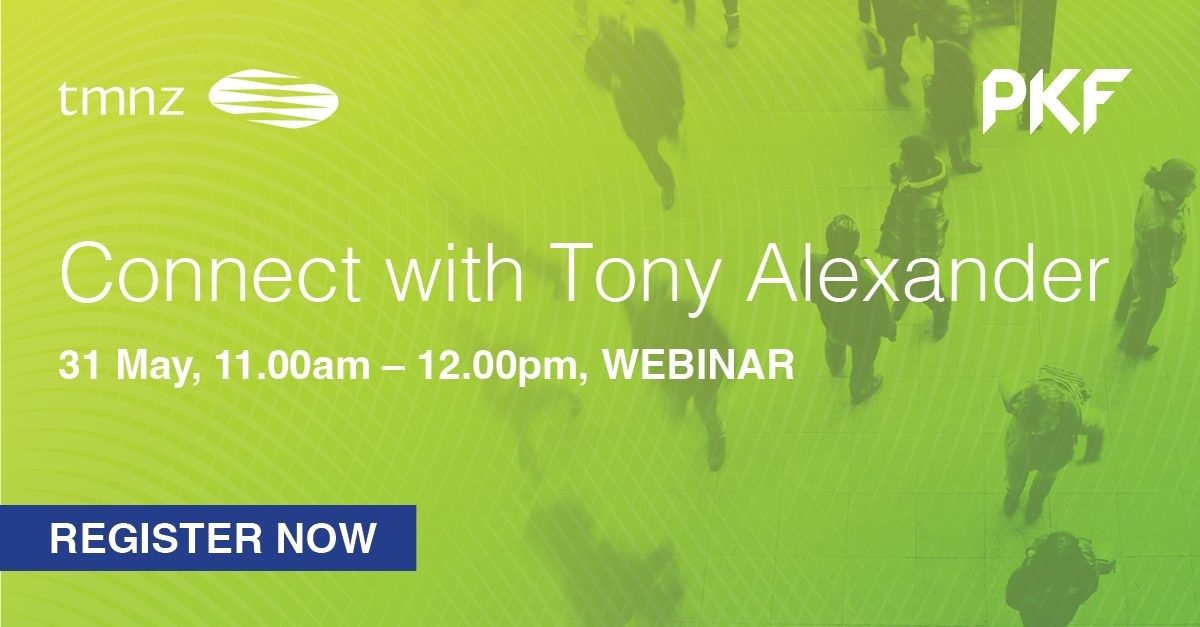 On the 19th of May Grant Robertson will be delivering the 2022 Budget. The Budget process allows the Government to set its fiscal objectives in respect of revenue, expenditure, debt repayment and investment.

Join PKF and our partner TMNZ on the 31st of May to hear economist Tony Alexander’s interpretation of the Budget with a particular focus on New Zealand "emerging from the COVID-19 pandemic" and what we can look forward to (or not!)

About the keynote speaker:

Tony graduated from Canterbury University in 1984 with a Master of Arts (Economics) degree with first class honours and after briefly working in Sydney came back to New Zealand in 1987 to work in the financial sector. He worked for BNZ, one of New Zealand’s leading Banks, for 26 years (25 of which were as Chief Economist) until resigning in 2019 saying: “I've decided that, in a world of disruption, maybe it is time to disrupt myself, and have made the call to resign.” He spends considerable time researching and writing about the New Zealand economy with special attention to SMEs, housing, business culture, and the role of Auckland in the NZ economy.

Tony has probably written more about the New Zealand economy than anyone else, having produced daily and weekly commentaries from 1987-1993, then weekly, monthly, quarterly, and many one-off pieces of analysis from 1993 through to 2019. At times he has been the most interviewed economist in New Zealand and was awarded the Residential Economist of the Year award in 2011.

In order to register for this event please follow the link below:

After registering, you will receive a confirmation email containing information about joining the webinar.


We look forward to seeing you on the 31st May.